Gallipoli
Gallipoli is surrounded by the beautiful clear waters of the Ionian Sea, which contrasts with the blinding white of its houses.
Gallipoli is divided in two parts, connected by a bridge: on the peninsula rises the modern city, while on the little island you’ll find a limestone ancient village. Between the traditional white houses with roof terraces you can breath the air from the East.
Founded by Spartan Leucippus, as evidenced by the name which derives from the Greek words, kalé polis (beautiful city), it was Roman and Byzantine, and in 551 it was under the episcopal branch of the Patriarch of Constantinople. In 1071 it was conquered by Robert Guiscard.
Followed by the Swabians and Angevins, and in the sixteenth century, with the Aragonese, the city saw the traffic of its port multiply.
Currently the city is a very bubbly and youthful promoter of concerts and events that accompany the summer and the "nightlife" in Salento.

Otranto
Otranto, the door of the East is a wonderful intersection of history and the sea.
The city is enclosed by thick fortified Aragonese walls, inside you can get lost in a maze of dead-ends and twisted cobbled streets, where there are open flowering courtyards belonging to the white and limed houses, emanating an oriental feeling. The bulk of the Aragonese Castle overlooks the harbour with three cylindrical towers and ramparts from where you can enjoy a splendid view of the city.
The cathedral, a jewel of Romanesque-Pugliese, was built in 1080-88, the facade is dominated by a Gothic-Arabic rose window dating back from the fifteenth century, and a seventeenth-century portal.
At the heart of the city is the cathedral of St. Agatha, a triumph of Lecce Baroque, with a sumptuous tuff made façade. Facing the sea there is the church of St. Francis of Assisi from the seventeenth and eighteenth century, with its characteristic concave facade, its famous for its Baroque crucifix Mishma (named after one of the two thieves), known as the "Malladrone".

Lecce
Lecce the city of art, capital of the province, and is considered the Florence of the South, because it holds the historical and artistic heritage of diverse populations and cultures, starting from the Romans to the Normans, the Byzantines to Aragonese, from the Renaissance to neoclassical Baroque. The first human settlement dates back to the Roman settlement built around the third century BC.
Then came the Norman dynasty, Swabian, Angevin, Aragonese and finally during the Spanish rule the historical center reached its ultimate splendour.
The city is filled with narrow streets and alleys which are full of beautiful mansions elegantly decorated and with splendid hidden manicured gardens inside.
The main square, named after the patron saint of the city Sant'Oronzo, in fact there stands his rising statue, and the Roman amphitheatre, gives the picturesque scenery of countless performances that characterizes the Lecce summer. The city is full of beautiful towering churches built in various styles. The monument complex, Piazza del Duomo, as well houses the cathedral, the 70 meter tall bell tower, and the Diocese from the seventeenth century.
The church which undoubtedly raises the most interest is that of Santa Croce with the adjacent Palace of Celestine, a symbol and exaltation of Lecce Baroque.

S. Maria di Leuca
Santa Maria di Leuca is at the extreme tip of Apulia, called "finibus terrae" or on the borders of the earth. The village is divided into two zones: at the highest part, where the Sanctuary is, there is a privileged vantage point for those who want to lose their gaze in the sky and sea.

Porto Cesareo
A few miles from the residence meets Porto Cesareo where you will be surprised by the charm of the landscapes and Mediterranean vegetation which thrives on dunes hiding along the wide white beaches. These beaches are clear and bright with little islands that peek out of the middle of the sea.
Going up the coast you will come across small villages such as Santa Maria al Bagno and Santa Caterina which reserves surprises along the beaches such as caves and cliffs which allow for amazing views and unforgettable ventures. 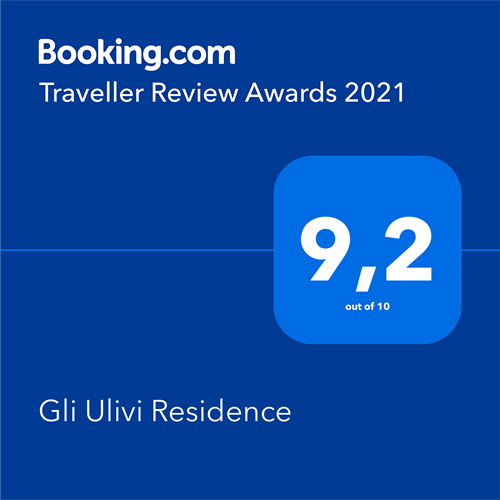 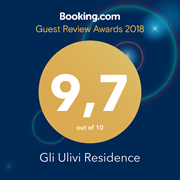 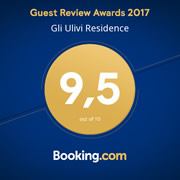 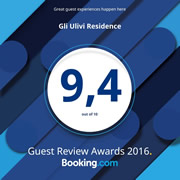 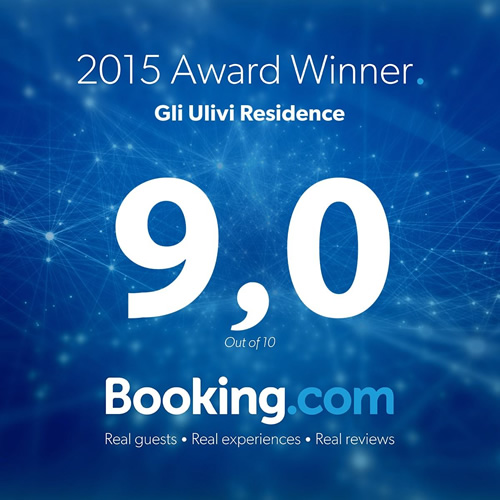